This blog was co-authored by Elevators Maria Cecilia Quiñones Peña and Elizabeth Corrado.

“Your dad and I saw the chimney collapse from the kitchen window. First came the darkness from the dust. Then came the horrible smell in the air.”

Antonia Quiñones Peña, a longtime resident of Little Village for over 20 years, remembers the morning of April 11, 2020, when the planned explosion of a former Crawford Coal Plant smokestack blanketed the Little Village community on the Southwest Side of Chicago in a thick cloud of dust and debris. Like many residents, Antonia was given no notice of the implosion.

What is Environmental Racism? 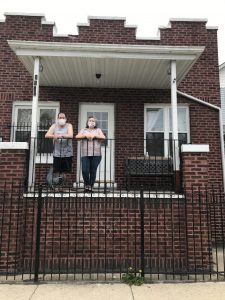 This preventable disaster was one of many in the toxic legacy of the century-old coal plant that has contributed to respiratory problems in Little Village like asthma and chronic obstructive pulmonary disease (COPD) during its years of operation. The coal plant was retired by the community in 2012 through a successful grassroots campaign, only to be sold to Hilco Redevelopment Partners. Hilco is redeveloping the plant into a warehousing and distribution facility, Exchange 55, that will continue to have devastating impacts on public health such as increased pollution in an already overburdened environmental justice community.

Little Village, or La Villita, is often referred to as the Mexico of the Midwest and is known for its culturally rich main corridor along 26th Street, the highest-grossing shopping and tax revenue hub in Chicago after Michigan Avenue. Little Village has been hit hard by the COVID-19 pandemic. As of June 1, the Little Village zip code had the highest number of positive COVID-19 cases in the entire state of Illinois. Little Village is home to a primarily Latinx community that is Spanish-speaking, hourly workers, undocumented, low-income families. It is also home to the Cook County Jail, the nation’s largest single-site jail and an epicenter of the COVID-19 pandemic.

The coal plant demolition, carried out at a time when Little Village residents were in a public health crisis, shows how environmental racism intersects with, and intensifies, the pandemic. There is no way to react effectively to COVID-19 without also pushing for environmental justice, as Juliana Pino pointed out in an interview with the Hoodoise. “You can’t be strong on COVID-19 if you’re not addressing the very real racial disparity of who is being impacted. We know that Black and Brown people are dying; they’re dying faster and more concentrated deaths.” Addressing the underlying disinvestment, systemic racism, and environmental injustice in Black and Brown communities is critical to safeguarding these communities from the virus. 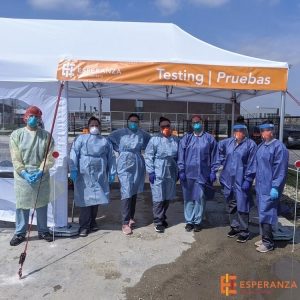 This sentiment is echoed by Jessica Torres of Esperanza Health Center, a local community health center on the front lines of the pandemic in Black and Brown neighborhoods, including Little Village.

“COVID-19 has shone light on the health disparities that we as direct service providers in the community see on a daily basis,” said Torres. “Residents of La Villita have faced and continue to face environmental racism in the form of coal plants, a high number of industrial corridors throughout the neighborhood, and lack of green space that puts them at higher risk than other residents of the city to various chronic diseases.”

While facing the long-term environmental effects of pollution from sources such as the coal plant, Little Village also experiences more immediate environmental racism every day. Dr. Antonio R. Lopez draws attention to the way in which the “slow violence” and “fast violence” collide in Little Village in his piece titled, “Why Environmental Justice is Needed to Address Chicago Violence”:

The compounded impacts of both slow and fast violence create the most vulnerable communities. Fast violence of over-policing in Little Village and other communities of color drives the engines of mass incarceration seen at Cook County Jail, a community also experiencing slow violence; one in six cases of COVID-19 in Chicago are connected to Cook County Jail, and the jail has been ordered to improve distancing and sanitation measures. Environmental racism and over-policing share the same root causes and oppressive systems, an intersection that is expanded on in LVEJO’s statement on violence, policing, and immigration.

A month after the implosion, the community witnessed another unannounced demolition at the Crawford Coal Plant against community demands. Residents of Little Village are fighting back with demands for change, including a disclosure of toxins released in the demolition and responsibility of Hilco to cover the costs of clean up and remediation following the demolition. Elevate Energy stands with the people of Little Village in these demands. 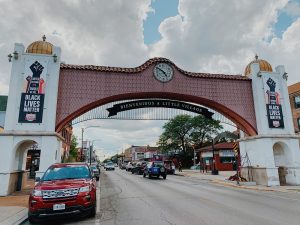 “When a major crisis happens, people who are already vulnerable are left further behind,” says Maria Cecilia Quiñones Peña, Senior Project Manager at Elevate Energy who interviewed her parents in Little Village. “The coal plant demolition in Little Village is not the first time we’ve seen this environmental injustice. Black and Brown communities continue to be the most affected by crisis, from the 1995 Chicago heat wave that killed 739 mostly elderly and poor residents on the South Side of the city, to the 2008 economic recession that left many in those communities unemployed and homeless.”

Black and Brown communities deserve clean air. They deserve energy efficiency and solar energy. They deserve green jobs, clean water, and lead-free homes. But addressing systemic racism, public health issues, and environmental injustices requires accountability and systems change. These changes require that the people most impacted are at the center of decisions about their communities. We must amplify the voices of the people who know what is happening on the ground and ensure they are at the center of decision making.

How Can You Help?

If you are unaffected by financial hardship during the pandemic, consider donating all or part of your stimulus check to support community needs of undocumented and incarcerated families in Little Village. 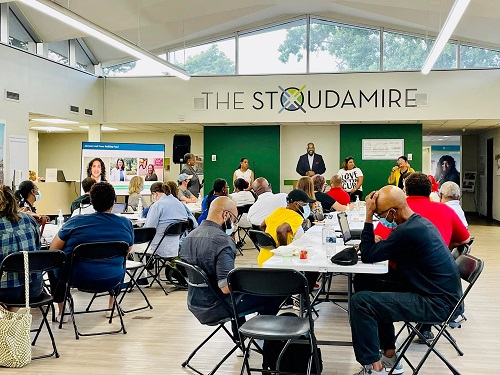 How Can We Protect Chicago Homes Against Heat Waves? 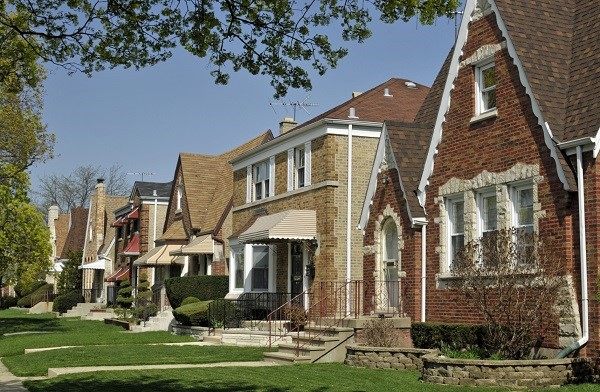 Building Decarbonization Is Essential: Here’s How It Works 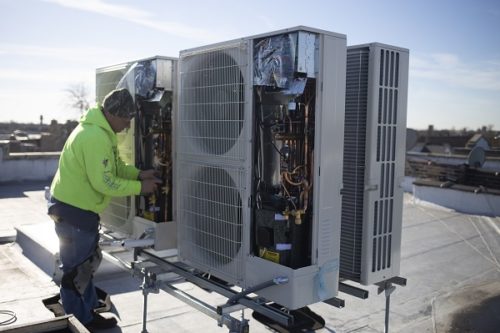